SEO Cost: What is the Right Model for You?

Home/SEO Basics, SEO Tips & Tricks/SEO Cost: What is the Right Model for You?
Previous Next

SEO Cost: What is the Right Model for You?

As the year’s end closes in, business’ yearly budgets are begging to be spent. Depending on the remaining budget, this year end splurge is a great opportunity to boost marketing efforts to start the following year with a bang. When the talk of SEO arises, one familiar question tends to be asked and rarely answered properly – “how much does SEO cost?”

Although the answer isn’t “black & white”, we’ll take a stab at it in hopes to educate those who lowball SEO costs and set the record straight.

So, “how much does SEO cost” you ask? It depends.

The cost for SEO depends on the quality of SEO you’re receiving, the context of the SEO campaign, and the type of SEO campaign said prospect is gunning for. To put it simply, the cost fluctuates. But deciphering how much to spend on SEO is a valid question and the better question to ask in our opinion. At Sandbad, we weigh the answer based on the quality of SEO, the context of the prospects situation, and the type of campaign (goal-based vs. budget-based). Let’s dive in.

To start things off, let’s get one thing straight – not all SEO efforts are the same, or even close. We’ve seen the generic cold emails from industry competition and received offers for overseas SEO content services. We’ve explained the unrealistic promises that magically cost a questionably low amount to prospects that under-estimated the cost of a quality SEO campaign along with the garbage linkbuilding, the over-optimization, and the ugly downfall of a site.

Businesses tend to get into this sticky situation by underestimating the harm that bad SEO can do to a site. Plenty of times, we’ve watched prospects approach us, and walk away, stating that the prior agency that did SEO for them gave them loads of SEO efforts at an incredible price. In this case, they also tend to promise kickass results in 30-45 days.

This is a red flag.

This is the sign of poor quality, black hat SEO, that can be done with little work, allowing agencies to charge such a small price. But the only thing that this kind of SEO gets you is a one-way ticket down search engine rankings.

In terms of quality, SEO costs more than most expect. But when you increase budget in the SEO investment, you truly see real results that won’t get you on the search engines sh*tlist.

After choosing to go with an SEO agency that delivers quality SEO, the next step in determining how much SEO costs is creating a campaign alongside an SEO agency that is specific to the business and it’s standing in the respective industry.

The specifics that tend to help guide a campaign on their own are the size of the company, the amount of traffic they receive currently, the competition of the industry, and the open avenues of growth that they’ve identified to spread into.

As a top SEO company in the USA, these kind of details help our SEO specialists get into the mindset of the client and generally help us to create an SEO strategy that targets the thematic keywords and areas of growth to receive the best results.

At the end of the day, a contextual understanding of a client’s situation allows both the client and the agency to properly create an SEO strategy and proposal that accurately lays out and prices the campaign efforts. 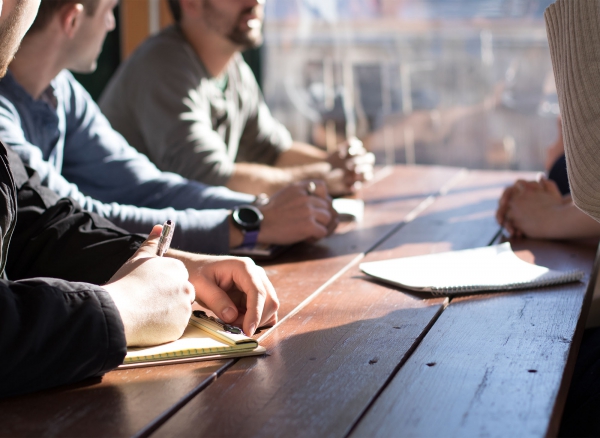 The type of SEO campaign has quite a lot of say in how much SEO costs. SEO campaigns are traditionally viewed and categorized as goal-based or budget-based, with line-itemed SEO services and timelines with KPIs. Goal-based refers to a client paying for reaching goals that were set prior to the campaign’s start. A budget-based campaign consists of a laid out proposal, containing a range of SEO services within the budgeted scope and strategy.

Prospects and clients often times find that their SEO goals and ambitions don’t match the budget they have allotted for SEO services, but there are many cases in which both goal-based and budget-based campaigns work wonders.

What Kind of Goal-Based Campaigns Work and Which Don’t?

While goal-based campaigns seem like a good solution, they pose quite a few discrepancies between clients and agencies. Client goals tend to be unrealistic for the amount they want to spend on SEO. The goal discussions is often an eye-opening process for prospects because they assume that 50% growth in organic is easy. Now, don’t get me wrong – the Sandbad team can get you those results. But, how much does this SEO cost? Generally speaking, this goal costs more than a client expects.

If a client or prospect is open to the fact of the cost being higher than anticipated, then goal-based campaigns tend to succeed. The main way that goal-based campaigns don’t end up working out well for either the agency or the client is that in the goal-setting discussion, there is a disagreement on the cost of reaching the desired goal. When this is the case, it tends to be hard to move forward for either party. However, this disagreement can help both clients and agencies to weed out bad pairing possibilities.

What Kind of Budget-Based Campaigns Work and Which Don’t?

Budget-based plans tend to work best when both the agency and the client are understanding of each other. For instance, an agency needs to put themselves in the shoes of the client or prospect in order to accurately optimize a website for the results and KPI’s agreed upon. At the same time, a client or prospect must trust an agency, seeing that they are the authority in SEO and have their best interest in mind.

Budget-based campaigns don’t work when there is disconnect surrounding what is promised and what is delivered. Prospects and new clients tend to overestimate the amount of activity (by a couple multiples) that can be done with a budget-based campaign. Often times, this results in a break in trust and the need to realign both the agency and client’s goals and expectations of each other.

While the Sandbad team offers both goal-based and budget-based campaigns, we deem it absolutely necessary in both to have a KPI/goal-setting discussion to determine what those goals and KPI’s are, as well as compare them to the actual cost it takes to reach them. Once we find a sweet spot for goals and expectations, we realign the SEO campaign or proposal to reflect them.

So, how much does SEO cost? There’s no cut and dried answer. In fact, when questioned how much SEO costs, we’ll rebuttal with a question of our own. Is that even the right question to ask?

We’ll let you decide. But if you’re interested in a goal-based or budget-based proposal for your business, get a free SEO quote from Sandbad today. You’ve got nothing to lose.